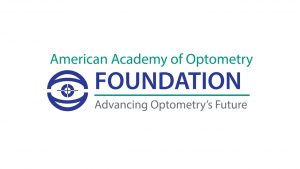 ORLANDO, October 27, 2017 — SUNY Optometry students Tristan Barrueco and Elaina M. Nellis have received 2017 Practice Excellence Scholarships for their commitment to the independent practice of optometry, clinical performance, and academic performance. The awards are funded through VSP Global’s Eyes of Hope® Global Charitable Fund in collaboration with FYi Doctors and is administered through the American Academy of Optometry Foundation.

Two students from each college of optometry were selected from nominations submitted by their individual institutions. Nearly $200,000 will be distributed amongst 44 top-performing fourth-year optometry students in the U.S., Puerto Rico, and Canada. The scholarship included a travel grant to participate in the American Academy of Optometry’s 96th annual meeting in Chicago, IL.

“We congratulate these students on their studies and commitment to an important profession we all cherish,” said Dr. Dan Mannen, VSP Global board chair. “We remain committed to continue our efforts of investing in the next generation of optometry.”

VSP has provided nearly $2M in scholarship support to hundreds of optometry students since 2000.