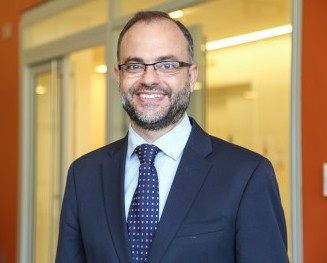 Dr. Guilherme Albieri was appointed last week by SUNY Optometry President David A. Heath to the position of vice president for student affairs at the College, effective immediately. Dr. Albieri joined SUNY Optometry in 2010 as director of admissions and marketing. In 2012 he was promoted to senior director of admissions and marketing and international programs where he helped to successfully implement the College’s 30 percent growth in its Doctor of Optometry program. Dr. Albieri also spearheaded a renewal of the admissions process at the College in recent years, both modernizing it and improving the level of applicant satisfaction. He has also been closely involved with a number of SUNY Optometry’s international initiatives, including its work in China and South Africa.

“In his new role, Dr. Albieri will bring a wealth of experience in student affairs and a demonstrated history of leadership, as well as a strong understanding of strategic enrollment, admissions and assessment to the College,” President Heath said in a statement about the appointment.

Prior to joining SUNY Optometry in 2010, Dr. Albieri held a variety of student affairs, international programming and strategic enrollment-related positions at Hawai’i Pacific University (HPU) in Honolulu. He has a PhD and a master’s degree in Human and Organizational Development from Fielding Graduate University in Santa Barbara, CA, as well as a master’s in Organizational Change and Development from HPU. Dr. Albieri received his bachelor’s degree in Business Administration from Universidade MacKenzie in Sao Paulo, Brazil.

“I’m looking to partner in the facilitation of student learning, development and growth,” Dr. Albieri said. “My goal is to help develop the next generation of eye care leaders in a changing health care environment by providing innovative and best-of-industry services and programs that support students’ academic, clinical and career objectives.”

Dr. Albieri is also looking to build on the College’s continued efforts to further develop the services that it provides to its students. “We want to build a culture that supports the vision and mission of the College, is data-driven, proactive, solution-oriented and is one that cherishes creativity and continuous improvement.”