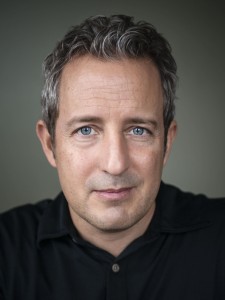 We have all probably experienced it one point or another: Sometimes when we focus too much on something we get less-than-desirable results. While other times, when we know how to do something really well, we seem to achieve success with little effort at all. While modern Western societies tend to emphasize the importance of hard work and determination as a means for achieving one’s goals, is this always the right course of action?

Professor Edward Slingerland, an internationally renowned expert in Chinese thought, provided the SUNY Optometry community with an alternative view at a discussion at the College on April 13 sponsored by the Confucius Institute for Healthcare. A professor of Asian Studies at the University of British Columbia, Dr. Slingerland focused his talk on the concept of wu wei, an ancient Chinese notion that essentially translates to “effortlessness.” Wu wei, Professor Slingerland said, is about cultivating a purely natural, authentic and effortless approach as a means for achieving your goals—similar to the notion of “flow” that psychologists use or the way in which athletes talk about being “in the zone” when they are performing well.

While this philosophy is often diametrically opposed to traditional ways of thinking in the West, Professor Slingerland spoke about the virtue of wu wei as a means for achieving both success and personal fulfillment. While Western thought usually stresses that effort is disembodied from thoughts, Professor Slingerland explained that with wu wei, mind and action are working together as one.

Professor Slingerland also addressed the paradox within the notion of “trying not to try” and talked about ways to mitigate this inherent tension. He also explained how the concept of wu wei could help optometry students become a better practitioners.

The discussion was part of an ongoing series of lectures and events at the College hosted by SUNY Optometry’s Confucius Institute for Healthcare.