Home/News/Education/Residents Honored at the Completion of Program

On June 24, SUNY Optometry’s 2015-2016 class of 35 residents celebrated the completion of their program and received Certificates of Advanced Clinical Competency at a ceremony at the College.

Dr. Valerie Quan Wren, a 1999 graduate of SUNY Optometry who completed a residency in Primary Eye Care at the College in 2000, was given the Distinguished SUNY Residency Alumni Award and provided the keynote address. She is the fifth recipient of the award.

Dr. Wren is known nationally for her work and expertise in the area of Neuro-Optometric Rehabilitation. As a primary care resident, Dr. Wren took advantage of the broad exposure to patient care that was offered and opted to participate in a rotation in the newly established Acquired Brain Injury Clinic at SUNY Optometry’s  University Eye Center. This exposure set the foundation for a lifelong career in an area that, at that time, was in its optometric infancy. After her residency, Dr. Wren joined the staff at SUNY Optometry for a number of years and in 2010, she joined the staff of Western University of Health Sciences, College of Optometry, where she is currently an associate professor. She serves as chief of Neuro-Optometric Rehabilitation.

In addition, during the ceremony, the Dr. Martin H. Birnbaum Memorial Award, which is given annually to a resident  in vision therapy and rehabilitation, was awarded to Dr. Lauren Strawn.

The complete list of members of the residency class are:

To see photos from the event, click here or on the image below 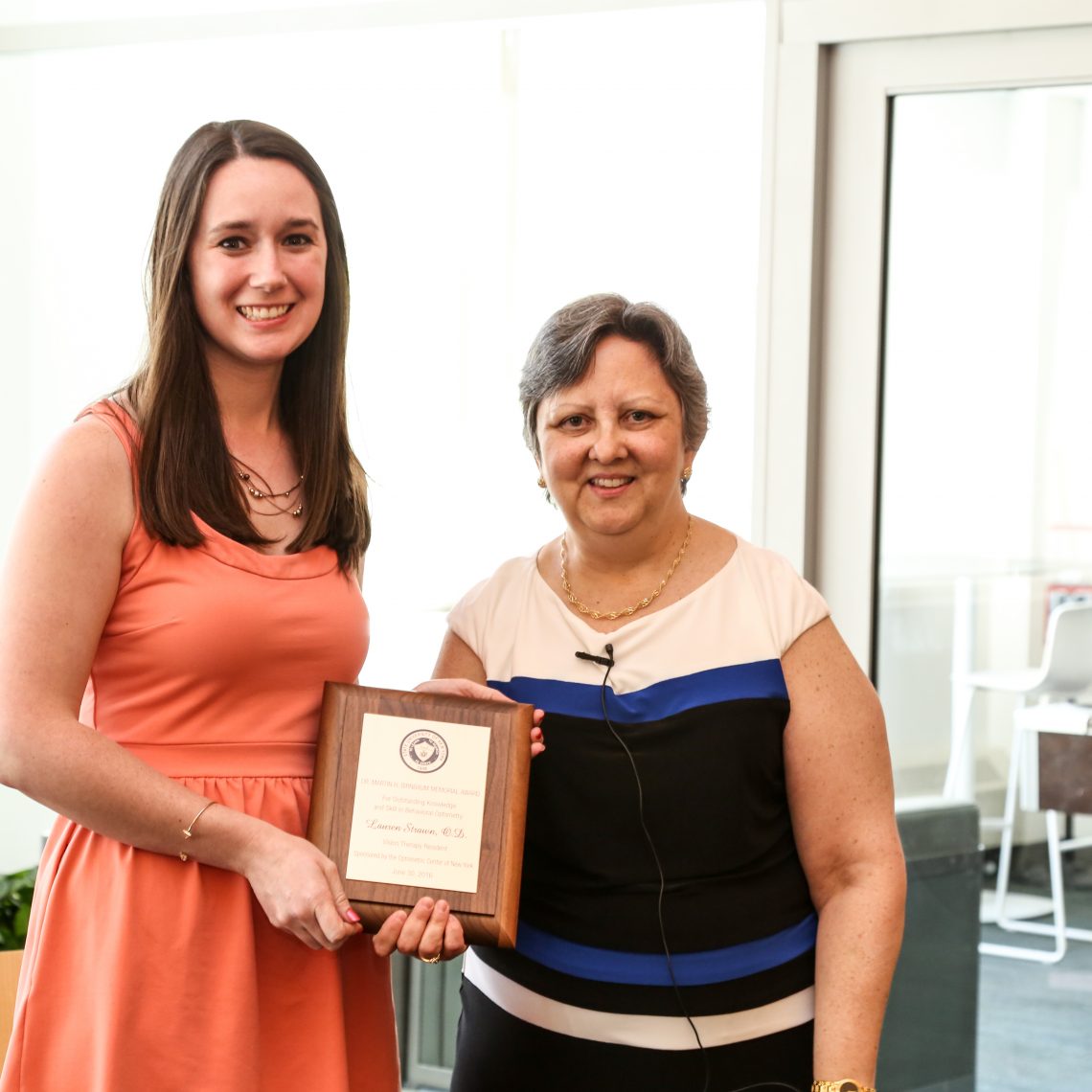