NEW YORK, July 20, 2018 – The SUNY College of Optometry Alumni Association and the Optometric Center of New York (OCNY), the College’s affiliated foundation, have merged. The New York State Secretary of State certified the merger at the end of June 2018 after securing approval from both boards and getting 95 percent of voting alumni to agree to the change.

College leadership hopes the new arrangement, which brings the Alumni Association under the OCNY umbrella, will combine the resources and strengths of both organizations as well as coordinate fundraising and relationship-building activities. 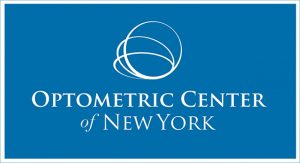 “The success of the merger will be evident through streamlined operations, improved communications, enhanced programming associated with each organization and, ultimately, greater alumni engagement,” SUNY Optometry president David A. Heath said.

OCNY board president Barbara Saltzman says the change also provides a firmer foundation for College development. “OCNY trustees, alumni and donors all have a common bond for philanthropic giving. This merger gives donors greater flexibility in ways to support the foundation,” she said.

The alumni association’s board initially proposed a melding of the two nonprofit organizations in 2014. It was determined that the alumni board and the OCNY, which has operated since 1956, were unintentionally duplicating their efforts.

Dr. Anna Marie Fernandez, president of the College’s alumni board of directors, believes the merger establishes a unified force to serve the optometric community. “More alumni will be engaged, whether through the SUNY Eye Network, Envision, career symposium or other new initiatives,” she said.

SUNY Optometry associate vice president of alumni and government relations Jennifer Kelly Campbell served as project lead and liaised with law firm Manatt, Phelps and Phillips, which was hired in September 2016 to begin the merger process. “Combining forces with the foundation board members will result in a dynamic, visible, results-oriented partnership that benefits the entire College community,” she explained. “And adding more alumni voices to support the foundation is certainly a milestone for the College.”

Dawn Rigney joined the College in May as vice president for institutional advancement and executive director of the OCNY and looks forward to the work ahead. “The Alumni Association and the OCNY have been instrumental philanthropic partners so organizing a powerful, united structure will bring the best of all parties to the table,” she said. “We are grateful to the all of the board, committee and staff members who contributed to the merger process from the initial discussion through the final submission.”