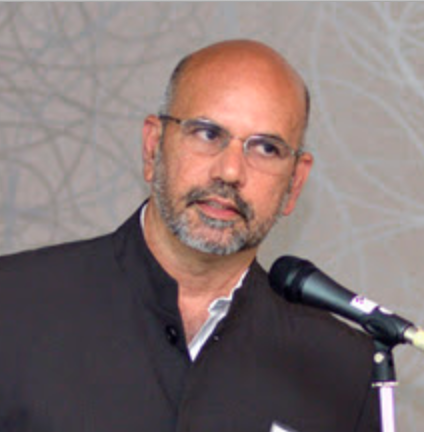 I grew up in four very different countries across three continents, reading widely in fiction and science, and that influences my approach to life, teaching, mentoring, research, and scholarship. I went to college to study economics as a rigorous approach to human behavior, but shifted to mathematics, because that provided a language to study intricacies that were beyond words. In grad school at University of Chicago I started by studying behavioral decision making with Hillel Einhorn, but was seduced by understanding the neural circuits of visual perception, and was lucky to learn from Joel Pokorny, Vivianne Smith, Hugh Wilson, Steve Shevell, Ray Guillery, Eric Schwartz, Phil Ulinsky, Jack Cowan, Stephen Monsell, Lance Rips, Rick Schweder and Leo Kadanoff. A post-doc with John Krauskopf in Bela Julesz's group at Bell Labs introduced me to innovative thinkers in many areas who were changing the world with basic research. I am still trying to live up to their standards.

I set up my first lab as Assistant and Associate Professor at Columbia University to use the then new technology of computer generated stimuli to study basic processes of color and motion perception. Don Hood, Vivian Greenstein and Robert Rich provided the impetus and resources to use some of these methods to understand the visual complications of glaucoma, diabetes, and other retinal abnormalities. When I moved to SUNY, I took the lead in building a strong research group by recruiting first rate scientists, and pushed for establishing the Graduate Center for Vision Research. This led to collaborations on retinal color processing with Barry Lee, and on orientation processing and ON/OFF systems with Jose-Manuel Alonso. Results from these studies led to clinical collaborations with Mitch Dul on patients with glaucoma and amblyopia. My teaching style in the lab is very hands-on, so I have collaborated closely with my grad students and post-docs on research projects that explored perception of rigid and non-rigid 3-D shapes and materials from different cues, and contextual effects on color perception. This work was made possible by multiple continuing grants from NIH.

Recently I have discovered the pleasure of collaborating with outside peers. Dennis Dacey (Washington) and I are using connectomics, patch clamping and 2-photon imaging to understand the wiring and dynamics of different classes of retinal ganglion cells in primate eyes. Bevil Conway (NIH) and I are using fMRI guided mico-electrode recordings to understand color decoding by infero-temporal neurons in primate cortex. Alessandra Angelucci (Utah) and I are using optical imaging to understand how all the inputs from primary visual cortex (V1) to individual V2 cells are combined to give V2 response properties, thus identifying how the geometry of cortical connections gives rise to emergent properties.

With Barry Lee and other colleagues, I designed the current PhD program to be research oriented and inherently interdisciplinary. I am interested in teaching anything that students want to learn, as long as it is relevant to visual neuroscience. For PhD students, in the last four years, in my seminars on Color Perception and 3D Perception, we have tackled optics in the biological world; neural decoding of colors, materials, shapes, faces and objects; probabilistic graphical models for understanding perceptual processing; and machine learning models for visual categorization and recognition. I am happy to teach from my knowledge, but just as happy to learn new material with students. To OD MS students, I teach how basic vision research can be used to understand complications of visual disorders, and to design methods to overcome the handicaps.

I have very broad interests in visual neuroscience, ranging from photoreceptor response non-linearities, to the use of heuristics based on stored knowledge to accomplish perceptual tasks. At present, I am most involved in the following projects:

Judging poses, sizes and shapes of objects accurately is necessary for organisms and machines to operate successfully in the world. Retinal images of 3D objects are mapped by the rules of projective geometry, and preserve the invariants of that geometry. Since Plato, it has been debated whether geometry is innate to the human brain, and Poincare and Einstein thought it worth examining whether formal geometry arises from experience with the world. A photograph seen from the camera position, can form the same retinal projection as the physical 3D scene, but retinal projections of sizes and shapes are distorted in oblique viewing, so picture perception can provide critical tests of models of scene inference. In a series of papers we have shown that observers use internalized projective geometry to perceive sizes, shapes and poses in 3D scenes and their pictures. There are two ways we are expanding this geometry based work. The first is to understand action perception with dynamically deforming objects, and the second is to understand how sensory information interacts with stored geometric knowledge in the cortex.

Colors provide critical information about object and material identity and history, but they are completely created by our brains from the wavelengths in a scene. We have started to unravel the perceptual and neural mechanisms that assign colors to lights, transparencies and variegated surfaces, by combining human psychophysical experiments, computational models, and fMRI-guided microelectrode recordings from inferior-temporal (IT) macaque cortex. We showed that a limited set of flashed colors could be decoded from individual IT cells that are narrowly tuned. By measuring the complete 3-D color tuning of IT cells, we are testing if winner-take-all decoding, based only on the most responsive IT cell, performs as well as optimal Bayesian decoding of the complete population response. We will then proceed to the case where a colored filter or spotlight overlays a patterned surface, and observers perceive separate surface and overlay colors, thus requiring a more complicated decoding scheme. By identifying IT cells that signal transparency, we can test whether the winner-take-all decoding scheme still works. In addition we are looking at how decoding is altered by spatial context in natural images of faces and other objects. This work will elucidate the advantages of specialized narrowly tuned neurons generating high-dimensional representations in parallel, an important theoretical issue in neuroscience.

My previous clinical research contributions have been retinal, but now I am interested in understanding cortical processes related to visual function.

Significant distortions in orientation processing have been demonstrated in amblyopia, and these are likely to be more significant to the patient than some loss of visual acuity, and more revealing about the underlying neurological problems. I am interested in causes and implications: Are perceived orientation distortions caused by orientation under-sampling in cortical ocular dominance columns from the amblyopic eye? Is this a general effect of ocular dominance column shrinkage? Is the effect greater for the ON system? Can early corrections for strabismus or anisometropia alleviate the distortions? Do orientation processing deficits hamper perception of symmetry and 3D shape from texture and contour cues in real life? Can amblyopes be trained to use monocular projective geometry back-transforms to overcome this handicap?

How can humans perceive subtle differences in surface lightness when photoreceptor responses severely compress the luminance range of visual signals for efficient transmission? Using illusions, experiments and simulations, we have shown that cortical lateral interactions expand the range of perceived lightness in faces and other objects. Many retinal disorders are characterized by elevated contrast thresholds. I am interested in possible cortical compensations for these deficits in real world tasks.